“The Pillars of HAVOC” are those teachers over the years that have not only shared their insight with our Sifu, Jay Cooper, but have made a contribution at a technical, conceptual and philosophical level to the HAVOC System. Too often people act as if they were “born awesome” or made their path alone – this is rarely if ever the case, and to Sifu Jay it is vital to honour his roots. As the famous quote goes, “If I can see further it is because I have stood on the shoulders of Giants” These are the Giants who he stand upon. 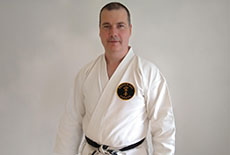 Sensei Lee of Dento-Kai Karate was my first martial arts instructor and it was from him I learned Shukokai Karate. A proud traditional karateka, Sensei Lee instilled a sense of form, discipline and hard training into me. He gave me teh best foundation imaginable for my lifelong journey in martial arts Sensei Lee can be contacted at https://dentokaikarate.co.uk/

Guru Lee Banda was my first JKD Instructor, and we hit it off famously from the get go. A softly spoken individual with a very loud skillset, Lee remains one of the premiere “JKD boxers” and can work magic with a stick! Lee Banda is an IMB Academy Full Instructor and 5th Degree Black Belt. He has earned both National and World titles in the art of Eskrima Kali Arnis and he has also trained extensively in Muay Thai. Lee is still active teaching today and is well worth seeking out if you are in the UK and want to get some authentic JKD training 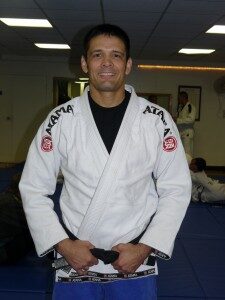 I came into contact with Jack when I was living in the US. It was his JKD pedigree under Paul Vunak that first caught my attention, but then I found out he was also a phenomenal BJJ athlete! A masterful teacher and fighter, Jack is quite possibly one of the best kept secrets in martial arts! To keep it in historic perspective, Jack was a Brown Belt when I first met him – he is now a 4th degree Black Belt! Jack has been actively competing in Brazilian Jiu Jitsu for 20 years. He is 2013 World Jiu-Jitsu Champion. At black belt level, he is a 5x Pan Jiu Jitsu Champion, 4x European Open Champion, 6x World No Gi Jiu Jitsu Champion, and 2x European No Gi Champion. Jack can be contacted at https://jackmcvicker.com/ and I STRONGLY recommend seeking him out! Tell him The Hound sent you!
(17) Pillars of HAVOC #3 – COACH JACK MCVICKER – YouTube 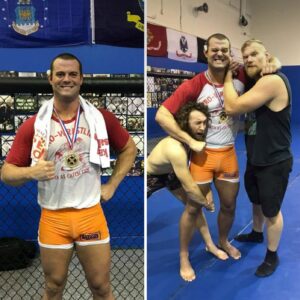 A shift in the Pillars timeline as I pay tribute to one of my instructors who I currently still train under Harry is quite simply one of the best grapplers I have ever met! A Titan of a human being, his Herculean physique and size is complimented by a superlative skillset and a natural teaching method. Harry will often send me technique videos, observations or even questions of his own as he is a perpetual student of the combative arts. One of the few qualified coaches under the late Billy Robinson, Harry has also trained with a “who’s who” of Catch wrestlers including Sakuraba, Fujiwara, Josh Barnett, Erik Paulson as well as his Grandfather Stu Hart and Father Davey Boy Smith. I am blessed to have Harry as a coach and a friend – his contributions to HAVOC revolutionized the grappling we do. 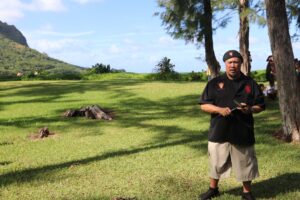 Grandmaster Darren Tibon – Teacher, gentleman, fighter, warrior and I think I can say friend and brother! My mind was blown when I first met him and saw his crew move……truly the finest FMA I have seen without exception. What amazed me more was the generosity and openness with which he shared and everyone. GM Tibon had such an impact on me I pretty much threw out what I had done before in Escrima and started over – and I have never looked back! The contributions his teachings have made to HAVOC are immense – and they impact everything. not just the weapon based material. Words cannot express how good he is, so I encourage you to go check him out in person – and tell him The Hound says hi! 🙂 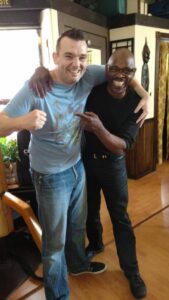 The man, the myth the LEGEND that is Professor James Hundon is the 6th Pillar of HAVOC. The word “Master” gets thrown about casually these days, and few really deserve the accolade…this man absolutely does!! Not only is he my personal hero, he has combat knowledge beyond what you can imagine, but when there is something else to see or someone else teaching he is the first to step up, glove up and throw down!!! A genuinely humble man who really should have fame globally, one session with him can make even the most jaded skeptic a believer…as my friend Coach John Clarke once said with mouth agape “He’s a wizard!!!” With a smile and a laugh that lights up the room, Professor Hundons’ trademark question “who loves ya?” can be answered wholeheartedly back with “YOU DO AND WE LOVE YA RIGHT BACK!” 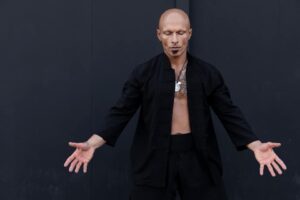 Sifu Harinder Singh Sabharwal is as good as it gets – period. In JKD there is no one I put above him in skill or teaching ability. Every time I speak to him I am reminded how blessed I am to have him as a teacher, mentor and above all brother. More than any other teacher I have had over the years Singh has taken me beyond what I ever believed myself capable of and continues to inspire and drive me to push even further in physical, mental and spiritual aspects. The journey is never easy – and sometimes it isn’t even enjoyable – but it is always worth it There is no one I owe more to, and no one I consider more fundamental to my own development. This is why he is the “Central Pillar HAVOC”

Recent posts
Get in touch
Go to Top